Rates stayed at their lowest level in 12 months in the past week.

For the week ending February 28, Freddie Mac announced that 30-year fixed rates remained at 4.35%. The average for 15-year loans fell slightly to 3.77% and the average for five-year adjustables remained at 3.84%. A year ago, 30-year fixed rates averaged 4.43%, higher than today. “Rates on home loans remained mostly unchanged this week, while applications for new loans rose 5.3 percent from the previous week. The general decline in rates we have seen recently, combined with rebounding pending home sales, hint at a strong spring homebuying season,” said Sam Khater, Chief Economist, Freddie Mac.

Note: Rates indicated do not include fees and points and are provided for evidence of trends only. They should not be used for comparison purposes.

Have Questions?
Current Mortgage Rates for NWA
Click here to send us a message. 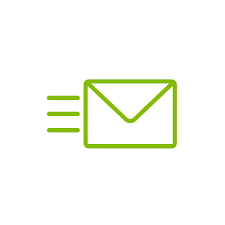 Donnie Frasher
20:03 27 Apr 19
Did a great job getting me into my house. Took his time to explain things to me and get me the best... rate. Will work with him again on the next house I purchase.read more

Beth Franklin
19:41 07 Mar 18
Helped my family with a new home in Springdale. Very helpful and responsive.

Trevor Dane
19:22 05 Feb 16
Jay Rowland is THE person I recommend to anyone for their mortgage related needs- whether... purchasing a new home or refinancing an existing mortgage. Jay is very professional, personable and provides a first-class experience to all his customers. Jay makes the mortgage process easy to understand, and an honorable person to do business with.read more

Brent Hale
21:42 12 Nov 15
Jay served as a great advisor and helped my wife and I determine the correct course of action that... was right for our family. I appreciate Jay's straight forward mentality. He was educational and not pushy. Thanks Jay!read more

The Advertising Guys
20:39 12 Nov 15
Very nice website. Easy to navigate and very informative. Jay's knowledge of the mortgage loan... industry is key to helping you get the right loan, interest rates and terms. I suggest contacting Jay before making a final decision with your mortgage loan needs. read more

Keith Branch
16:07 21 Oct 15
Jay is a great representative for Riverside Mortgage and NWA Lending. I would highly recommend him... for any mortgage needs you have. He's very easy to work with and will help you get the best for you.read more
See All Reviews

Mortgage Loans and Refinance Near Me

Looking for the Best

NwaLending.com Can help you find the Best!